Are you wasting time at the end of the month making expense reports? Use Vendrix’s expense management tool to streamline your workflow and accounting processes. 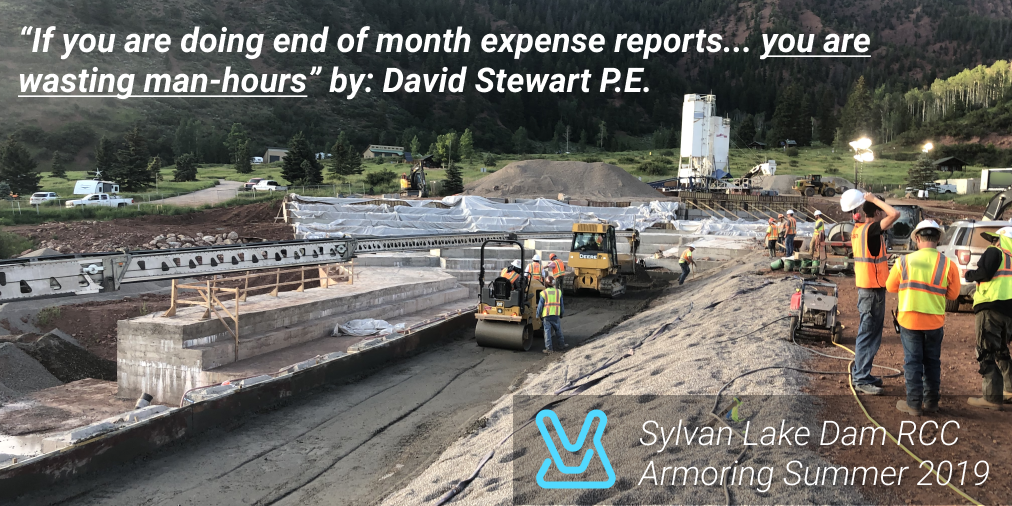 So real quick... a little history on the image and title above. This was one of my last projects to run as a project manager before leaving to start Vendrix. Vail Daily did an excellent write up on the project, it is linked here. This biggest challenge with Sylvan was the remoteness of the project, we were 45 minutes down a dirt road at 8,500 feet in elevation. No cell phone service, and limited internet via satellite.

The big, tall white structure in the background is a Roller Compacted Concrete (RCC) batch plant, we produced roughly 5500 Cubic yards of RCC for the earthen dam in which we were armoring. Think about it as a Dairy Queen chocolate dipped ice cream cone. The hard chocolate on the outside is the RCC protecting the soft ice cream on the inside (soil of the dam). Batching our own RCC on the jobsite was a logistical challenge, we received over two dozen semi deliveries of cement, fly ash and aggregate a day. Coordinating this on a normal jobsite would be a challenge, now imagine you have no cell phone service.

In the photo above RCC is being placed by a telebelt, which is fed by a series of loaders and haul trucks not shown. RCC is placed then spread with the dozer, after grade is checked it gets rolled and compacted by the double drum roller... Hence the name "Roller Compacted Concrete or RCC"

So how does Vendrix come into play? Well as a project manager I am ultimately responsible for the job cost. When making large purchases, they are done through an account with the vendor & purchase order process. The idea of a purchase order sounds good in theory, but no vendor is going to hold it as a "not to exceed price". Frankly we are lucky to just get the job number on the invoice. If someone from the project walks into the supply house asking for something, they will sell it to them. What company would not?

If you’re a construction project manager, this scenario is probably a familiar one. Let’s say you generated a purchase order (PO) for $20,000 in rebar and some other miscellaneous jobsite items. Materials get delivered and an invoice gets sent back to the home office.

Assuming you put the job number on the invoice, someone in the home office scans the invoice and uploads it to the accounting system (Sage, Viewpoint, or Spectrum for example). Eventually that scanned invoice makes its way to the jobsite where someone checks it, codes it, and approves or rejects it.

This workflow is fine for a $20,000 bulk purchase, but what about when the superintendent runs out to get a box of duplex nails or some joint sealer? It takes the same amount of time to code and pay an invoice for $100 as it does for a $20,000 purchase.

You might think to put it on the charge card (pcard or purchase card) you have through your bank. In this example, project card holders include the Project Engineer, Project SuperIntendent, a Forman, and the Project Manager (you in this scenario).

You now have four people running around town charging small amounts to the company credit card. As the project manager, you have no idea what is getting purchased or where it should be coded.

A week into the next month, the company controller emails out a spreadsheet with all the expenses from the company that month. You find your name and manually enter the cost codes for each charge. You then nag others on the project to do the same.

We are talking about charges that happened up to 5 weeks ago. By this point, card holders have most likely forgotten what they had purchased and where it should be coded to.

How to Control Your Charge Cards

With Vendrix, through our partner ComData, we underwrite the contractor and there are no personal guarantees.

So what about receipts? Receipts get emailed to a dedicated credit card holder’s email. Vendrix sends an sms text to the user seconds after the card is swiped, requesting they respond to the text with a picture of the receipt. That image gets automatically paired to the transaction, so there is no digging or looking up receipts weeks later.

Our  market research tells us that the average contractor with $30-75 million in yearly revenue charges between $50K and $120K per month on their company credit card. That's 600K to 1.44M in yearly spend that is not being checked, nor adequately managed.

While it is likely little of those charges are fraud, it is very likely some of those charges could be considered “wasteful,”meaning, tools were purchased that the company already owned or other people on the project were not engaged to see if the purchase was really needed. Let's use a conservative figure... say 10%… that's $60K on the low end and 144K on the high end in savings per year.

Depending on the spend, that's a couple yearly salaries.

Vendrix is built for contractors. We maximize the time savings that come with a credit card, eliminating countless small tools’ invoices, while giving front line supervisors the tools they need to do their job efficiently and with logical oversight. The bottom line is there are tons of powerful tools here to save crews time and get control of those credit card charges.

If I had Vendrix while on Sylvan Lake my time, well the project engineers time... would be spent on more important things than tracking down miscellaneous card receipts of everyone on the job. Our project super would spend more time out in the field running work instead of pushing paper, paper that no one was looking at. The time and spend savings spread across the whole company is substantial. Ignoring and not properly managing 600K to 1.44M in yearly spend by employees is not something to brush under the rug.

Get in contact with us, we would love to give you a personalized demo of the platform. 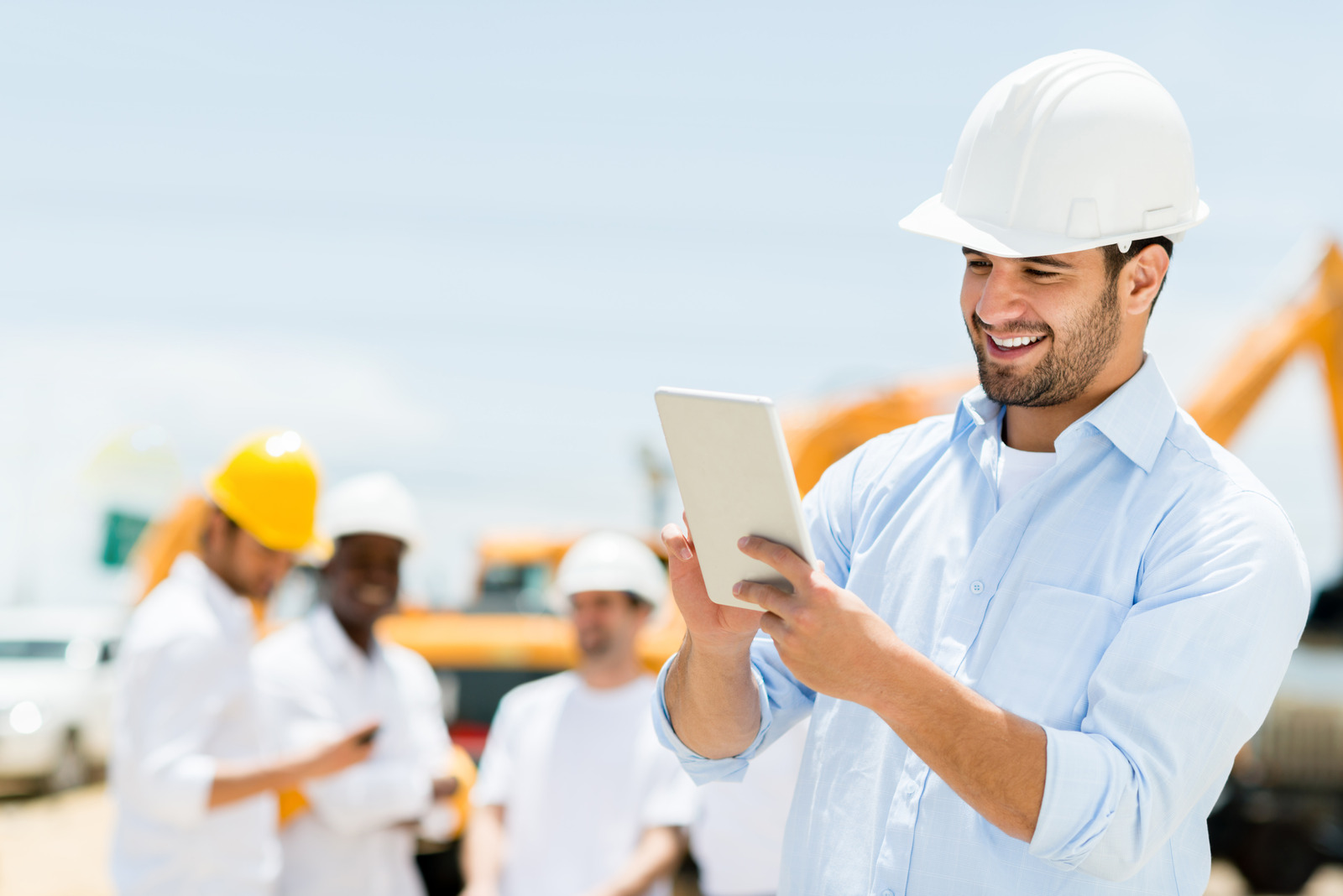 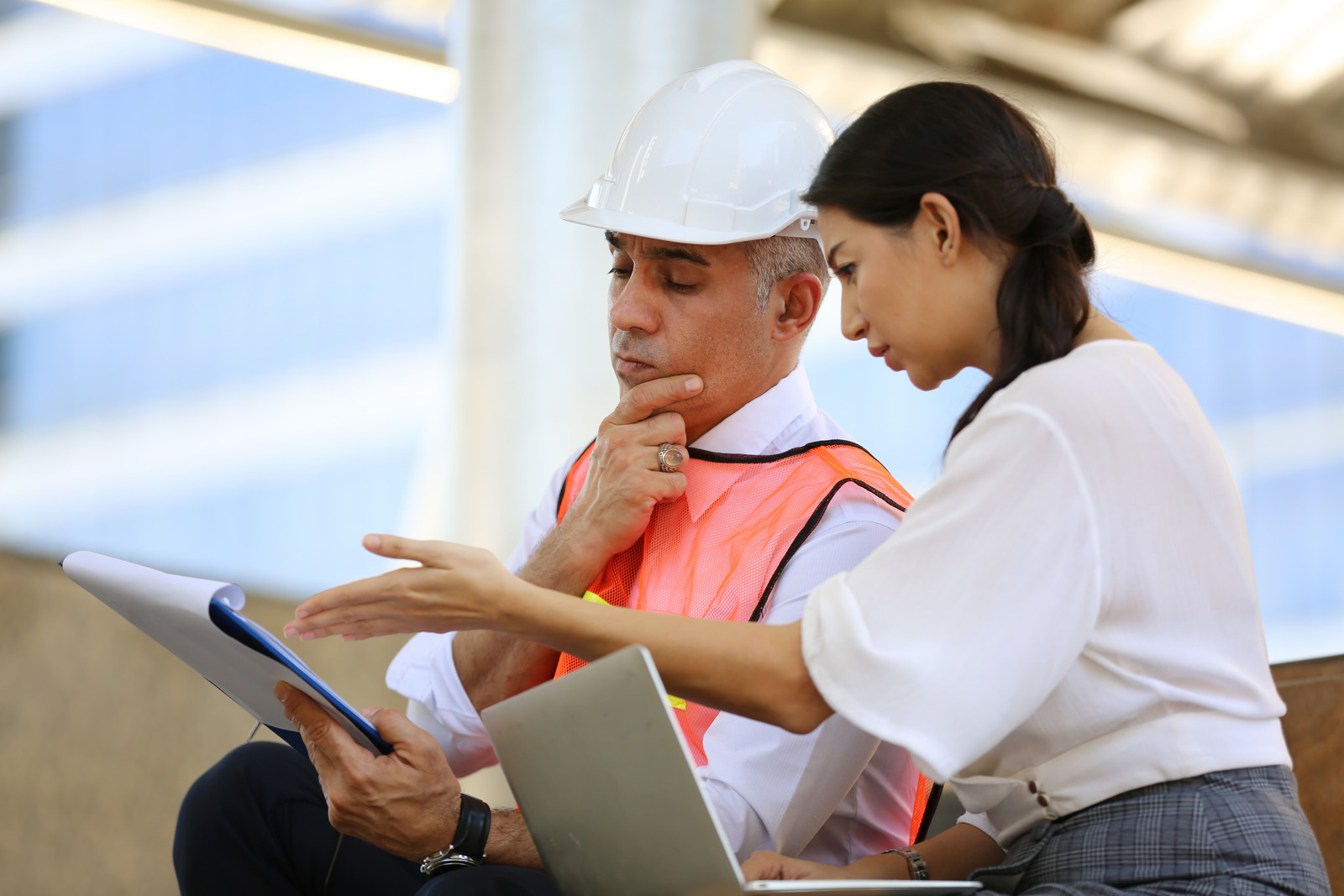 What is a Construction Finance Manager and Why You Need One 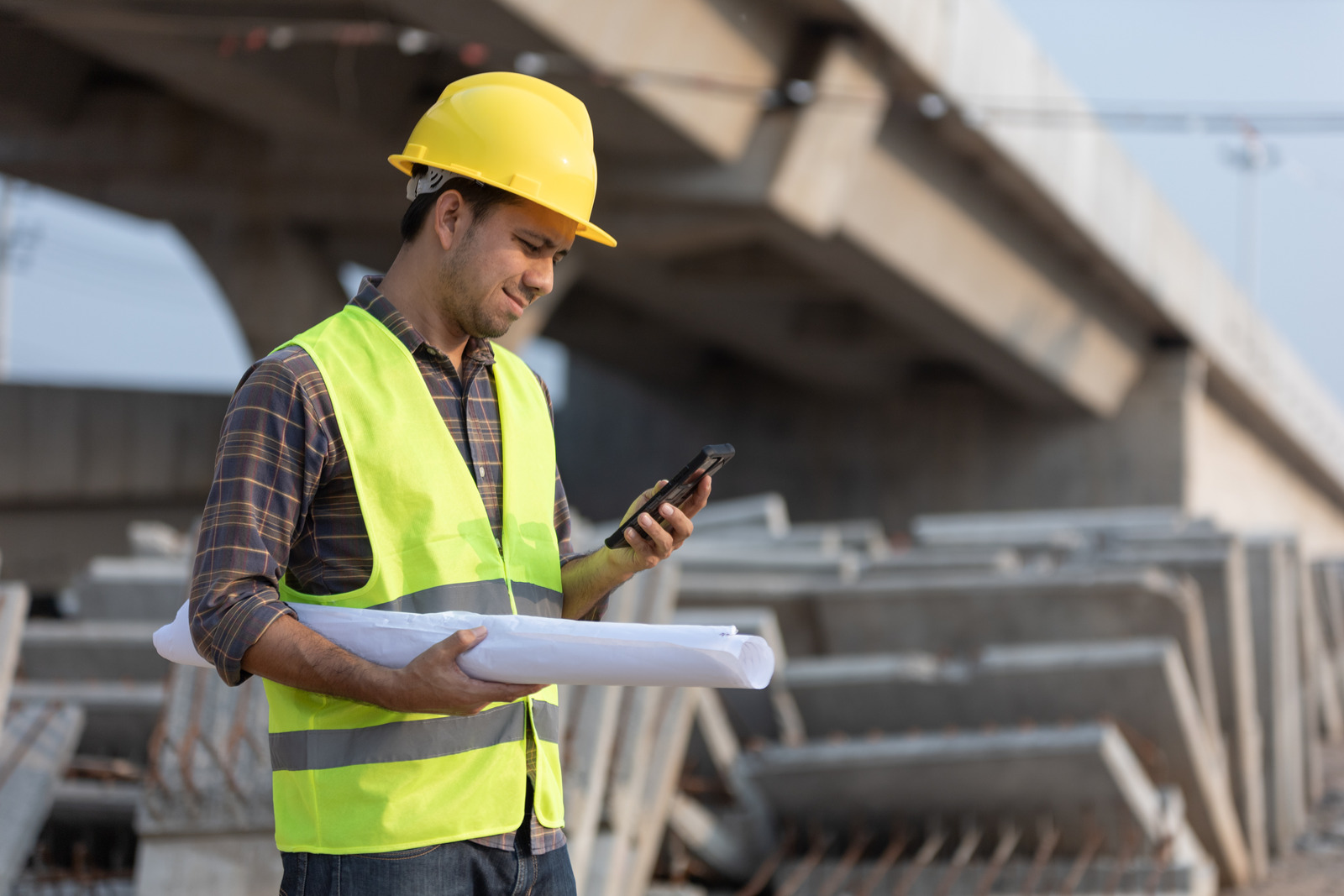 How to Choose the Right Bank for Your Construction Business